The Women Chamber of Commerce and Industry, Quetta - Balochistan was established in the year 2000. There were 14 pioneer members who initially took part in the process. The business community of the province after going through a lot of hardship and difficulties for resolving their business disputes and settle their problems with various Government, Semi government and Private Institutions in the country and out side the country felt the need of a body to look after all these matters representing the business community. The chamber was registered with Director Trade Organization, Govr of Pakistan Islamabad under section 3 of the Trade Organization Ordinance Memorandum and Article of Association published and registered. The first election of the

Women Chamber was convened and the first elected President was Hina Mansaf. During this period efforts were made to construct a separate building for the Chamber, which he generously accepted and a piece of land on main Zarghoon Road, Quetta, was allotted for Chamber building During the construction of building chamber approached the Government of Balochistan for some financial assistance. The then Governor Balochistan and Secretary Finance, accepting their request, granted a sum of rupees for the construction of the Chamber building. The building was constructed and completed in the year 2000. The Chamber shifted in the new building and started its work in the year 2016.

Dear Members,Welcoming the honorable members of WCCI and the business community, I wish to express my cordial gratitude and compliments for reposing confidence in electing me unopposed for the responsibility of President of this premier and largest Chamber of Balochistan, Pakistan for the term 2020-2021. It is an evident fact that the business community/ private sector plays a pivotal role for the socio-economic development of the province. Nevertheless, private sector being steadfast to give momentum to the trade and industrial activities of the province, its achievement and efforts still need due recognition. The Quetta Women Chamber of Commerce & Industry being the stakeholder is committed to protect the genuine and legal rights of its members and the business community while acting as a channel and a bridge between the private sector and the government. At present our province is in the dire need to adopt pragmatic policies to expand the industrial base and quality production in order to generate much needed production for exports along side chalking out, the proactive strategies to create an enabling and investment friendly environment. To outshine in this avenue, it is unavoidable to explore the untapped markets of Iran, Afghanistan, Arabian and Central Asian countries for traditional and non-traditional products. I also seek the support of all senior and executive dignified members of the Chamber with high team spirit. I assure that this Chamber stands ready for services of business community without any discrimination at all. I pray to almighty ALLAH to help and guide me and my team in the accomplishment of all the responsibilities for the uphold of this Chamber. Our aim at the Quetta women Chamber is to provide all those interested about Pakistan's potential, industrial and trade, by providing linkage with the concerned business houses and with all such sectors which facilitate you're doing business with us. Any economy with a sound business strategy recognizes the importance of information and communication, at The Quetta Women Chamber we truly believe in its value and importance. 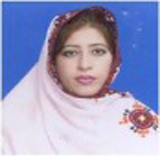 To provide leadership to promote economic growth, professional development and create awareness through the self-determination of our members for the betterment of citizens of Quetta.(1)The visa recommendation letters for various countries are issued.(2)The Certificate of Origin of Export Goods is also issued.(3)Sales Tax Registration.

The Women Chamber of Commerce and Industry, Quetta - Balochistan was established in the year 2000. There were 14 pioneer members who initially took part in the process. The business community of the province after going through a lot of hardship and difficulties for resolving their business disputes and settle their problems,

To be the best Chamber in SAARC Countries through growth in business volumes, turnovers, exports and contribution in tax revenues.is to improve the business enviroment and economic well-being of Pakistan, specially the Quetta city, by providing value to our members and becoming the most respected and relevant voice.